Catalyst is a Star Wars novel released as a tie-in to the movie Rogue One, coming out in December 2016. Although the film will be set just prior to Star Wars Episode IV: A New Hope, the book is set during the Clone Wars and in the years following the conflict. Galen Erso, a researcher in the time of the Republic, is making breakthroughs in crystal research, which becomes the interest of the Separatists and the Republic, and following the fall of the Republic, the Empire. An old friend, Orson Krennic, is determined to get Erso, looking out for the best interests of his wife and young daughter, to commit to offer his designs to the Empire, though he lives in fear of the research data being weaponized. It is up to Erso to keep his designs and concepts from ending up in the wrong hands, and with the Empire constantly looming over his shoulder, that will be no easy task.

Catalyst may be set in the Clone Wars period and the years that follow, which is a common time for a number of stores in expanded Star Wars media, but the story itself could not be more different. This is not a tale of Jedi Knights or cocky smugglers, but rather the tale of a simple man trying to get by and conduct his research in increasingly difficult times. The family dynamic helps to give Catalyst a more unique feeling than other novels; this is no doubt due the efforts of longtime Star Wars author James Luceno, long one of the best storytellers in the Galaxy Far Far Away. 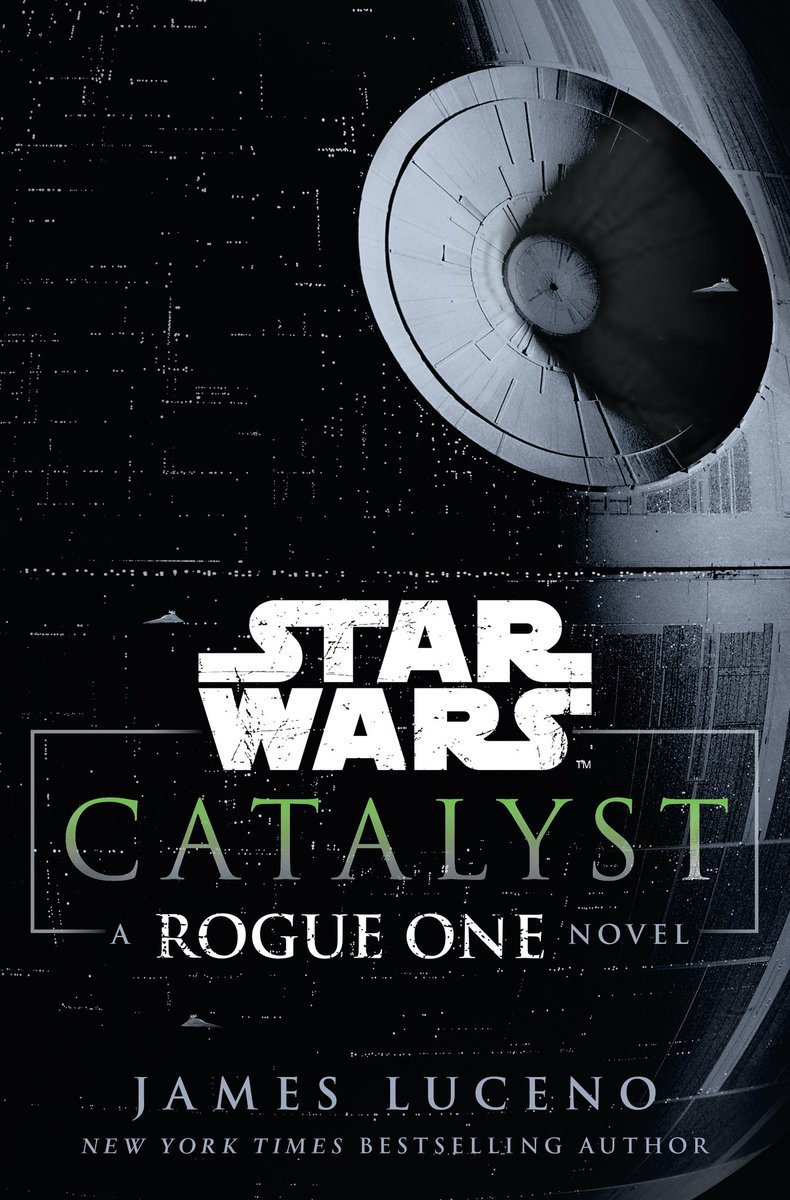 As such, Catalyst comes off as more of a suspense piece than an action and adventure driven one, though the change of pace is not necessarily a bad thing. The Erso Family members are painted as three dimensional characters; it will be interesting to see how this plays into Rogue One. Jyn Erso, Galen’s daughter who will be playing a major role in the new film, only appears here as a baby and a young child, so you are not going to see her going around blowing stuff up here or anything like that.

Subplots do introduce some additional characters, including Saw Gerrera, who will be playing a role in Rogue One, and who also previously appeared on the Clone Wars animated series. If there is one fault with the otherwise solid novel, it is that there are a few too many subplots and tertiary characters, but even then, a number of these individuals still manage to shine through as three-dimensional persons in the ever growing Star Wars universe.

This is a great way to kill time until Rogue One releases, so Catalyst comes strongly recommended. Another superb Star Wars novel from the always excellent James Luceno.