When the former Star Wars Expanded Universe was done away with and rebranded “Legends,” many fans were dismayed that some of their favorite former stories would no longer be considered canon, chief amongst them being Timothy Zahn’s novels featuring the fan favorite character, Grand Admiral Thrawn. Fortunately, the character proved to be so popular that he was reintegrated into the canon in the Star Wars Rebels animated series. Zahn has returned to the classic character he created in a new canon novel which is simply entitled Thrawn.

In the novel Thrawn, the titular character is captured by the Galactic Empire on a distant world after having been marooned by his people, the Chiss, a few years following the end of the Clone Wars. Upon meeting with officials of the Empire, his knowledge of warfare and battle tactics, and his ways of deducing this information, garner him the curiosity of many of the Empire’s highest ranking officials, including Emperor Palpatine himself. Over the years, Thrawn progresses through the ranks of the Galactic Empire with his aide Eli Vanto, although his tactics are not respected by his peers in the Imperial Navy despite his ability to bring about results. Elsewhere, other personalities in the Empire cross paths with Thrawn, including future allies and threats alike. 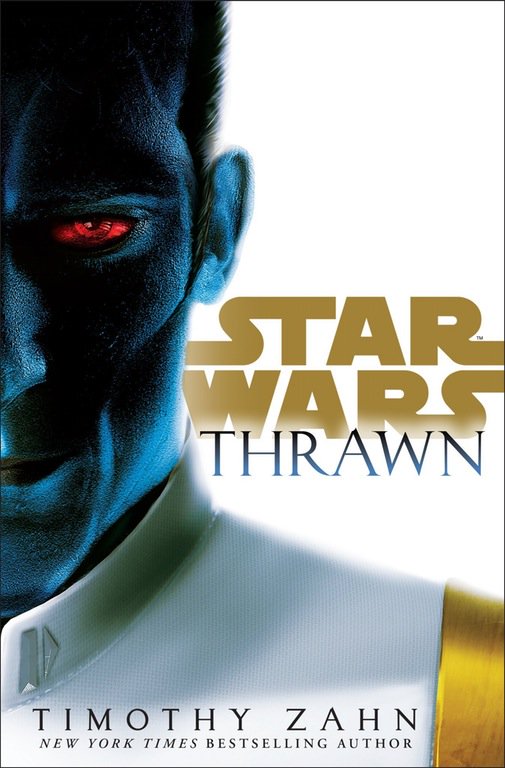 Overall, the Star Wars canon being rebooted has been a good thing, for the most part, giving us some of the best novels the franchise has received in years. It is great to see Timothy Zahn revisit one of the former Expanded Universe’s most famous characters, and give him life in the new canon. While some may argue that this book does not equal the character’s former Expanded Universe appearances, this fan was enthralled to learn about the character’s new canon backstory, seeing how he came to be where he was at the beginning of the third season of Star Wars Rebels.

Thrawn has long been one of my favorite Star Wars characters because he is not just a high-ranking Imperial that wins because he has a big army or greater numbers. He studies the tactics of his enemies from a variety of sources, ranging from their battle strategies to their artwork and ways of life. The Eli Vanto character serves as something of an interesting foil to Thrawn, initially displeased with his change in assigned duties, though he comes to respect the future Grand Admiral over time. The story even manages to spark debate about the title character’s controversial tactics, which earn him the respect of many Imperials, and the ire of just as many others.

If there is one weakness to this story, it is that the “B-Story,” revolving around Governor Arihnda Pryce, takes up too much space. This was actually an interesting subplot, but probably would have worked better as its own set of short stories independent of this novel; this is supposed to be Thrawn’s story after all.

Despite a few minor issues here and there, Thrawn is a satisfying read, and any fan of the character should pick up this novel. It is one of the best tales in the new Star Wars canon so far and comes highly recommended.