In 1940, Thurgood Marshall is the lone lawyer working on behalf of the National Association for the Advancement of Colored People (NAACP). Marshall travels the country defending African-American men who have been arrested for crimes, and in many cases, will not get a fair trial because of their race. Marshall must collaborate with the reluctant Sam Friedman, an insurance/civil lawyer, in the defense of Joseph Spell, a man accused of raping and attempting to murder a local socialite. As the case progresses, Marshall encounters the expected prejudices and attitudes, and discovers that there may be more to the case than initially meets the eye.

Thurgood Marshall’s most famous achievement in his life (of many) is becoming the first African-American Justice of the Supreme Court in the late 60s, although that is relegated to “worded epilogue” status in this film. Marshall is a solid and surprisingly effective courtroom drama, but viewers should know what they are getting; the film is primarily limited to covering a trial of Marshall’s in the 1940s, and does not get into any of his later and perhaps more noteworthy accomplishments, including the landmark 1950s Brown V. Board of Education case (again, related to a worded epilogue). Despite a few narrative flaws and blunders here and there, Marshall is a surprisingly good film, and one of the better courtroom dramas of recent years. 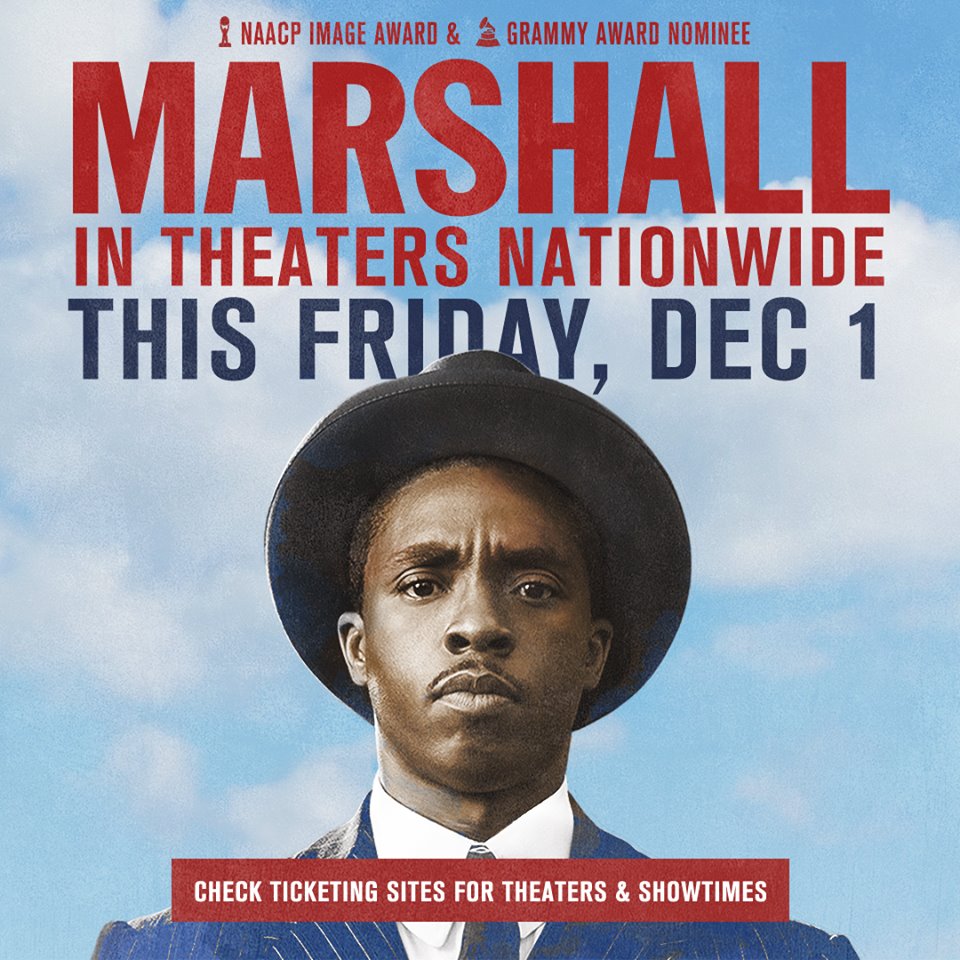 Chadwick Boseman is seriously underrated as an actor; it is a shame audiences, in the years to come, are primarily only going to remember him for playing Black Panther in the Marvel Cinematic Universe (not that he doesn’t play that part well, though). Here he becomes Thurgood Marshall, and gives a fantastic performance, displaying a wide range of emotions and chemistry with other actors throughout the film. In a time when African-Americans were widely prosecuted, Marshall was a man who stood up and took a stand against the establishment, something this movie beautifully demonstrates. There is no doubt we will continue to see Boseman doing what he does best for years to come.

An equally impressive supporting cast fares nearly as well, even if this is Boseman’s movie before everyone else. Josh Gad impresses as Sam Friedman, who repeatedly clashes with Marshall, who has sort of “drafted” him into the film’s court case, as it could mean losing everything he has worked hard to build on his own as an insurance attorney. The chemistry between these two actors is by far the best thing about this film, whether they are investigating, collaborating, or at each other’s throats. In many ways the movie becomes a literal “two against the world” scenario, with Gad’s Friedman having to gradually step up and represent something bigger than himself, despite the ire and hatred it brings him in the eyes of many of the locals. Veteran actor James Cromwell also shines as the trial’s judge, who at first seems very much the stereotypical racist courtroom authority figure of the time, but who too is gradually moved by what he sees unfold.

The screenplay, performances, and the look of the movie do a fine job painting a picture of this bygone era, which was outright terrible for many African-Americans across the United States, particularly in the areas seen in the film. The subject of racism and the black struggle in America is certainly not a new subject for a film to tackle, but Marshall is one of the best examples of it in recent memory.

As far as shortcomings go, as was previously stated, people expecting to find a biopic on Thurgood Marshall’s illustrious life, and the things he accomplished following this movie’s events, will not find them here aside from worded epilogues at the end of the film. Personally, this moviegoer would love to see Chadwick Boseman star in additional Thurgood Marshall films, exploring the man’s later life, as he does a superb job bringing the man to life here. In fact, why not make it a trilogy, with the second installment covering Brown V. Board of Education, and the third showing his becoming a Supreme Court Justice?

The biggest obstacle working against the film, however, is that it tries to set up and do too many things with too many characters and tertiary situations, and much of this is quickly cast aside and forgotten in favor of the central story. An early club scene in the film features Thurgood Marshall encountering Langston Hughes and Zora Neale Hurston. But following this scene, the two are never seen or mentioned again; his relationship with them could easily have been handled with a few lines of dialogue rather than a relatively pointless scene. Marshall’s relationship with his own wife even manages to feel like an afterthought. Some scenes feel borderline unnecessary, including one of Friedman and family in a church, in which Marshall himself does not even appear. The editing in the opening few scenes is a bit too skewed and confusing, and “rushes” things a bit, which makes the initial introductions to these characters jarring and unconventional. Many tertiary characters are never properly explored or fleshed out; there were a few scenes where I was not sure who was who, for example. The narrative needed more editing and to be streamlined, though I certainly wouldn’t say this makes the film “weak.”

Marshall is a mostly strong film covering a challenging time for people being persecuted for their race. And while it may not be the life-spanning biopic of Thurgood Marshall people want or are expecting, it is a superb courtroom drama that succeeds more often than it falters. Some tighter editing and the removal of some tertiary elements/scenes could have made for a better and more streamlined movie, but as is, with the performance of its leads, and convincing production design, there is more than enough to recommend the film.

DISCLAIMER: All image in this review are the property of their respective copyright holders, including (but not limited to) Open Road and Star Light. For promotional use only. All rights reserved.

Ferdinand - Is the Latest From Blue ...

The Greatest Showman - Despite Ambition, It ...