In the 600s AD, Bilal and his sister are sold into slavery following the death of their mother. Over time, Bilal comes to question his place in society, believing that all should be free, regardless of their races. Inspired by the Master of the Merchants and his words, Bilal eventually leaves servitude, rising up to do his part in uniting people in their struggle for freedom.

Bilal is a flawed but still entertaining film regarding a story that is not widely known to American audiences. While this is certainly a story that needs to be told, and has its share of powerful moments, the film ultimately suffers from inconsistent animation quality, bland and unoriginal character designs and personalities, scattershot and often hypocritical storytelling, and a rather dark and brooding tone that will leave audiences wondering who this film was made for. 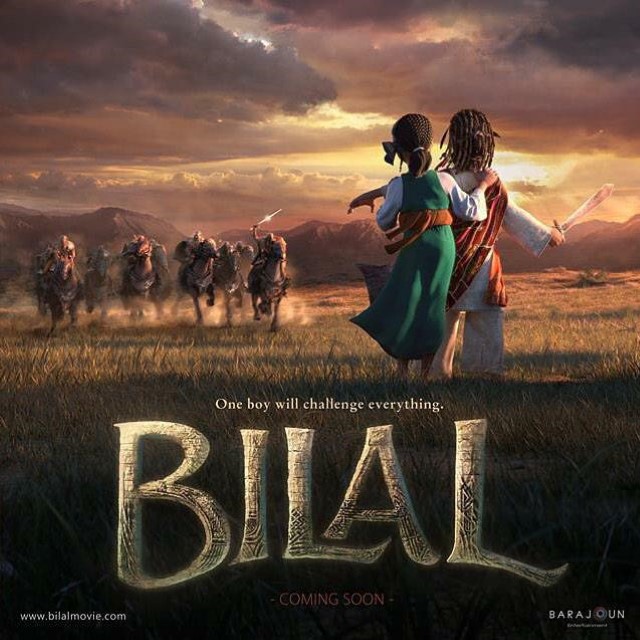 If nothing else, I will certainly give Bilal credit for its settings, and attempting to bring this story, which deserves to be told on a larger scale, to life in a computer animated film. There are many intriguing elements in play here, and if nothing else, audiences are sure to be wowed by the look of the film, and its scenery.

Unfortunately, many problems weigh Bilal down, a major one being that it is a mystery as to who exactly this film was made for. The movie contains strong moral messages likely intended for children, but the PG-13-rated film is one that will be too intense and violent for many kids (most of the violence is fairly tame and bloodless, but it is certainly more intense than what families are used to seeing in animated fare). Likewise, I can’t see the movie keeping the attention of adults who are interested in more mature fare at their theaters. It is a tonally inconsistent movie, with a brooding feel throughout. Attempts to lighten the mood with humor here and there feel inappropriate and out of place.

The look of the film in most regards is spectacular, but the movie falls behind in terms of its character designs. Many of the characters look similar, with few defining traits in terms of appearance and personality. Hell, one character in the film looks almost identical to Obi-Wan Kenobi from Star Wars: The Clone Wars (potential Disney lawsuit to come?) Scenery, clothing, and most attributes are beautifully rendered, but the human characters look unnatural, as if their faces have been smoothed over with a floor buffer. Even later in the film, when we see older, gray-haired characters, their faces are not wrinkled or blemished in the least.

The story itself is hypocritical at times, with the Master of the Merchants preaching peace and living in harmony with their former captors, yet the movie does not hesitate to throw in an action sequence late in the film that undermines this positive message. It further boggles one’s mind, as they contemplate who the real audience for this film is. Likewise, it does not help that the film skips over great lengths of time with no development; this "taking shortcuts" approach does not help the film.

Bilal is a film that, while certainly not a bad movie, falters from its inconsistent tone and lacking character designs; as well as its mixed messages. Ultimately it is too violent, brooding, and intense for the kids the message seems to be focused at. And adults will find better films exploring similar themes elsewhere. A decent rental title for the curious when it gets a home release.

DISCLAIMER: Images in this film are the property of their respective copyright holders, including Barajoun Entertainment. For promotional use only. All rights reserved.