James Silva is a CIA operative serving overseas, with a bad attitude and a drive to get the job done by any means necessary. When a supply of a potentially deadly element goes missing, he and his squad must transport Li Noor, a mysterious agent who has the code to encrypt the drive which has the location of the missing element, to an airstrip where he’ll gain amnesty and be transported out of the country. But little does Silva’s team know there are countless enemy operatives who’ll do anything to get him back into their custody.

Mile 22 has gritty, violent action scenes and a lot of interesting ideas, but unfortunately, the end result is a mess. The usually reliable Mark Wahlberg plays a character with next to no redeeming qualities whatsoever. The characters are one-dimensional stereotypes, with subplots thrown in that have no real connection to the main plot of the movie. Action sequences are cluttered and so rapidly cut that they’re more nauseating than entertaining, which isn’t helped by the questionable framing/narration and lack of an ending. The best thing about the movie is Iku Uwais’ performance as the mysterious Li Noor, even if he’s essentially a live-action cartoon. 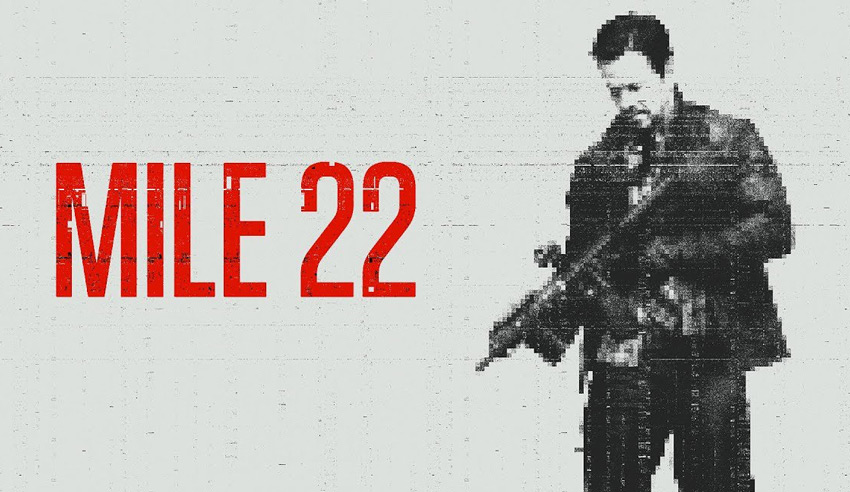 Let’s look at the positives first. Iku Uwais gets his share of exciting moments, including a scene with him handcuffed to a bed by his former allies who are out for revenge against him for betraying them and working towards his own goals (hint: it doesn’t end well for his opposition). The scenes where he teams up with his reluctant ally Silva during the escort mission are the best of the film, serving up something of a 3:10 to Yuma vibe, and it’s a shame there aren’t more moments like this.

Unfortunately, almost everything else about the movie falters, and falters badly. In any film, regardless of genre, the leading man/woman is the single most important thing. Mark Walhberg is typically a great actor in action movies, but here, he’s just a crass stereotypical character who’s angry all the time and lacks any redeeming qualities. The man spends the majority of the movie unnecessarily pissed off and yelling at every other character, including his allies. That’s it. That’s basically his whole character. There are a few scenes which hint he may have a bit more of a moral compass, but again, they’re few and far between. This is a character who could've been killed in action, and I simply wouldn't have cared. I blame the writing/direction more than Wahlberg, though, as he's proven himself capable in these films multiple times.

The supporting cast includes some solid names but sadly doesn’t fare much better. One of the biggest disappointments is Rhonda Rousey, not through any fault of her own. She’s relegated to a second-tier character who the film basically casts aside. Subplots in the film, including a teammate of Silva dealing with a divorce, have nothing to do with the main plot of the movie and have very little impact on anything that follows. Attempts at humor feel inappropriate and horribly out of place.

Violent action sequences are a hallmark of R-rated films in this genre, but the ones here are just ugly and unfulfilling. Scenes of action are filmed with rapid cuts, cluttered framing, and poor cinematography that feels haphazardly slapped together to the point you can’t tell what’s going on or who’s who. Again, a movie like this hinges on the effectiveness of its action sequences, and these ones are a mess.

The movie is “framed” through a narrative device of Silva being interviewed, apparently following the conclusion of the film. This doesn’t help things any, and essentially spoils his character surviving the events of the movie. The film lacks a true ending, feeling more like an blatant setup for a sequel no one asked for. If nothing else, it’s over in an hour and a half, and doesn’t drag too often.

Mile 22 has a handful of redeeming qualities, but there’s no denying it’s a mess. An unlikable leading man, poorly shot action scenes, lack of emphasis on the supporting cast, and the amateurish editing job don’t help things any. If you’re curious about Mile 22, wait for the home release.

DISCLAIMER: All images in this review are the property of their respective copyright holders, including STXfilms and Huayi Brothers. For promotional use only. All rights reserved.

Metal at Beauty Bar - The Faceless ...