Back in 1983,  brothers  Jim and William Reid, hailing out of the East Kilbride, South Lanakshire area of Scotland, which has been described as "a wasteland on the outskirts of Glasgow", 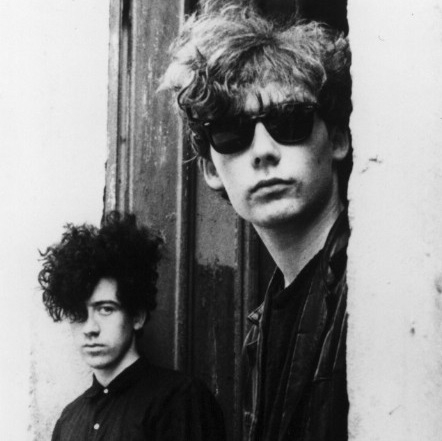 grew up on the punk and rock scene of the 70's in the UK and after long kicking around the idea, formed a band that has long been influential and probably one of the most under sung when looking back on the bands of the 80's and 90's.

The Jesus and Mary Chain's sound can only be described as The Velvet Underground meets The Monkees meets the Ramones meets Siouxsie and the Banshees meets The Shangri La's (allegedly William once said back in the mid-80's that they were going to go off and make Shangri La's records...).   It is catchy, sometimes distorted and feedback filled, but always new wave, slightly gothy, poppy punk rock at it's finest.

Their first single "Upside Down", which was self produced, is among the top charting indie singles of the 80's in the UK.  Their album, 21 Singles, which is truly a delight for any one who is a long time fan or just delving into their catalogue, has been released this year on vinyl for the purists who prefer to listen to the more analogue versions and still love the thrill of opening that 12x12 envelope with all it's wonder.

Last year, the band released Damage and Joy, a long awaited album of new material, and their first full length LP since 1998; the wait was well worth it. It's been a roller coaster ride over the years for the band between changes in line up and the split in 1999, but in 2007 the brothers put it all back 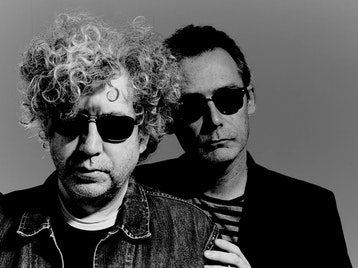 together again and the band has been active ever since.  Older, wiser perhaps, but still creating some very awesome music that remains among the most influential of its genre.

Back in 1990, the band went out on their US tour in support of their latest release at the time, Automatic, and brought along, for 3 months of dates, opening act Nine Inch Nails who were  a newer band that was going out in support of their first release, Pretty Hate Machine.

Today, now some 28 years later,  as Nine Inch Nails head out for 3 months of dates on the Cold Black and Infinite Tour, they have invited along The Jesus and Mary Chain as their tour support. Funny how time moves in circles... We couldn't be more excited for the tour to kick off and for the shows in between.

ZRockR will be down in Phoenix for the kick off of the tour... Stay tuned for a full report when we get back!

Pick up the album 21 Single on glorious Vinyl at your local record store and don't miss them on tour this fall with Nine Inch Nails!