Home›Preview›Another Successful Album, and Tours of Europe and Asia Under Their Belt- Nine Inch Nails Head Across North America Cold, Black, and Infinite

Another Successful Album, and Tours of Europe and Asia Under Their Belt- Nine Inch Nails Head Across North America Cold, Black, and Infinite 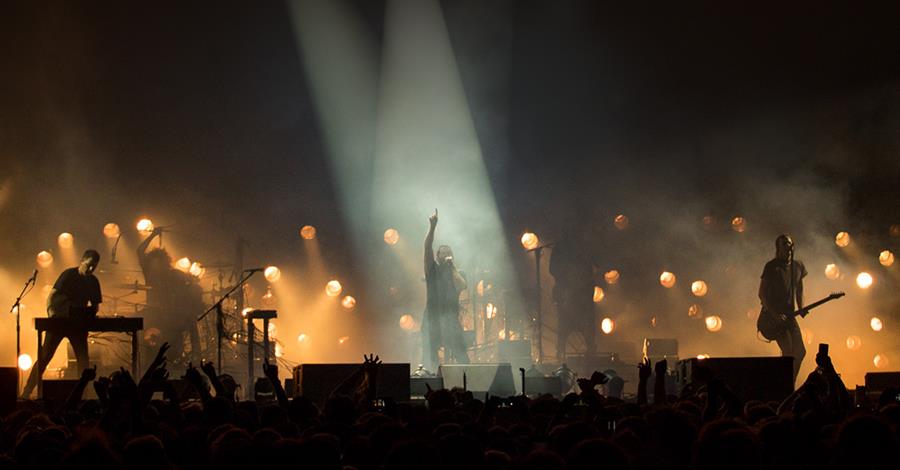 Nine Inch Nails hit the road this Fall for the North American leg of the Cold, Black and Infinite Tour 2018

The first time I covered a Nine Inch Nails show was for another periodical at the time.  Scope was in print back then, and I thankfully was able to cover the show for them at the Thomas and Mack that tour as NIN returned to Vegas once again, having played The Huntridge Theater for 2 nights earlier in the year.  That was now some 24 years ago.  I have since covered other NIN shows along the way both here and elsewhere around the country and interviewed members of the band on a few occasions for other periodicals I have been affiliated with as well. 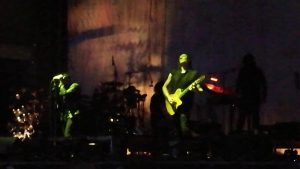 I definitely have no issue in travelling to see the band anywhere as most who know me will attest to.  Now, with the release of Bad Witch, an album I really enjoy for both its technical and song crafted splendor,  Trent Reznor and company are readying to launch a North American tour entitled Cold, Black, and Infinite with former tour mates from 1990, The Jesus and Mary Chain in tow, only with them in the supporting role this time around.

The European shows have met with great éclat- audiences singing the praises of the shows and the photos and video clips that have been posted from fans truly make one wish they could grab their passport, hop on a plane, and head over to catch even one show across the big pond known as the Atlantic (I personally would have LOVED to have caught the Mad Cool Festival show-  Depeche Mode and NIN both on the same night? Talk about amazing!) or even the shows in Asia were fantastic by all accounts. Now, the band are back on home soil, and if you follow any of the threads or fan groups on the internet, it is definitely a buzz of what shows people will be attending (it would seem like Lays, ya can't eat just one or in the case of NIN attend only one), what songs they are hoping to hear from the catalog of NIN music from the past 28 years, or just what they want to hear from the new record. 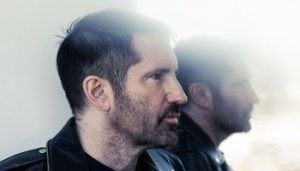 I fully admit, not only am I going as a journalist, to give you all a report of what to look forward to (of course, without giving it all away), but also as a fan of the music.  I have been since the first strains of track one of PHM filled my home when it came out-  that hasn't changed.  I caught the Vegas shows and was stopped dead in my tracks walking up an aisle that last night as the first strains of "Reptile" filled The Joint; so I am wondering what I will be surprised to hear this round!  Will I attend other shows on the tour? Possibly.  It isn't unheard of- at least I wouldn't be braving the snows of an Indiana winter and a possible flight delay back to the desert if I did this time as I did further down the spiral.  And it does seem the set list isn't entirely the same every night-  so it will be interesting to see what goodies Mr. Reznor has up his synth this trip... 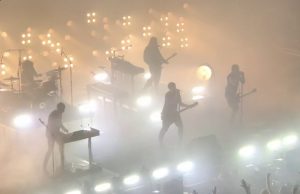 Like the unending spiral-  the loyal fans, some young and some old, and even some of us on the journalistic end who have been around for awhile, follow that pied piper from Pennsylvania happily through all the musical turns that he takes us on. Quite frankly, looking in our own personal shit mirrors-  it really does feel alright.  I really would love to hear them do "Ringfinger" (oooo with the original "Twist" lyric!) sometime ... or maybe just once, "Kinda I Want To"... Yeah I know, won't happen, but it would definitely be unexpected!  One can always wish...  I just hope if it ever were to happen, and I am not at the show, someone catches it on video and posts it.  As tech savvy as a good many NIN fans are, I imagine they would.

Tickets are still available in select cities but I wouldn't sit on my hands and wait... go to NIN.com NOW before it's too late.