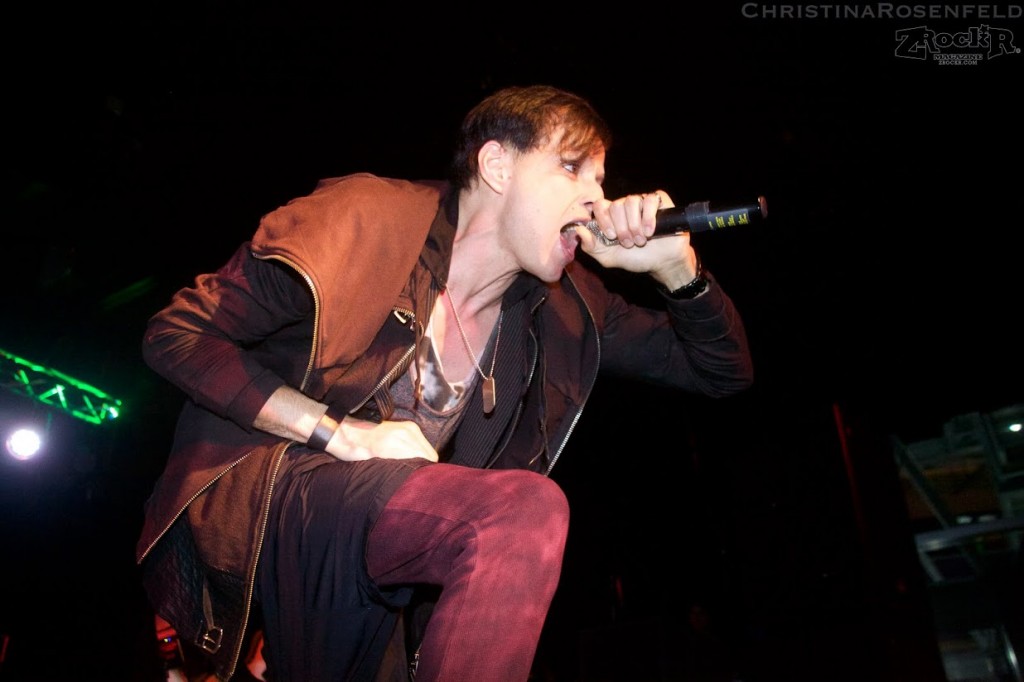 I don't want to hear about "1 hit wonders" from a band that has more to offer than just 1 song that wasn't even theirs.

Though for the record, that cover is better than the original by far!

What we're going to talk about is a band that has 3 really good albums between 1998-2004 and then went away for 7 years before reforming with only 1 original member, Jay Gordon. I won't discuss that drama.

It's a good thing that they played some new stuff at the show.

The 4 newer songs played were "Grime of the Century" (which Jay Gordon announced that would be the last time they play that), "Suck it", "Spells", and "Wide Awake and Dead". 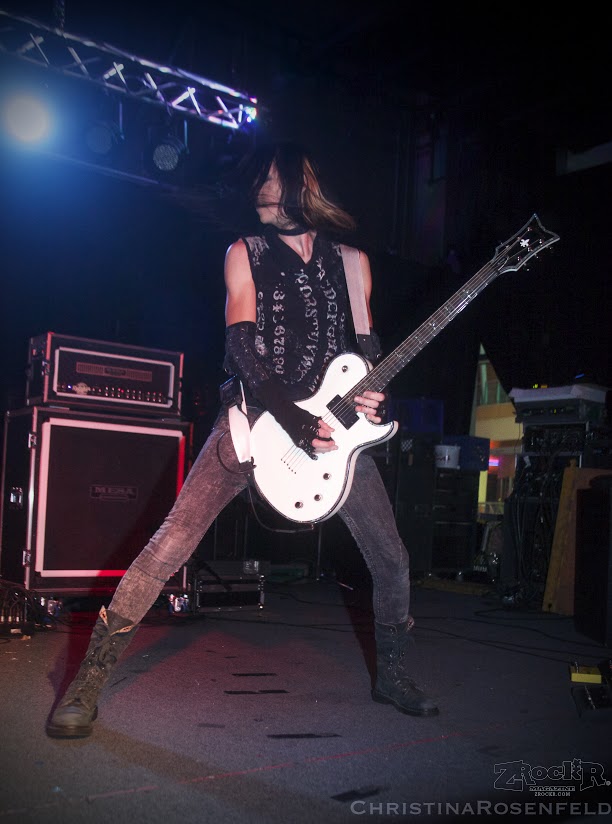 Off of Candyass we got: Dissention, Fetisha, Revival, Stitches, and of course the end of the show was the New Order hit, Blue Monday.

Punk Static Paranoia got the least amount of love (as it usually seems to do)... because there wasn't a single song played off of the album! But hey, it was the "least popular" anyway, right? (I still like it) 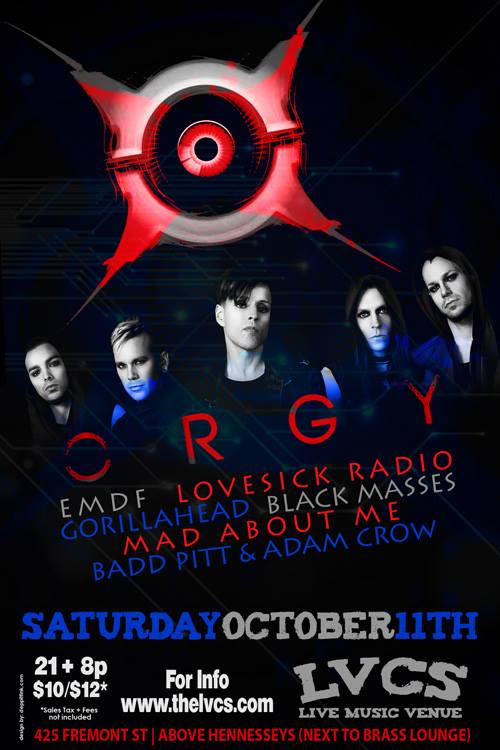 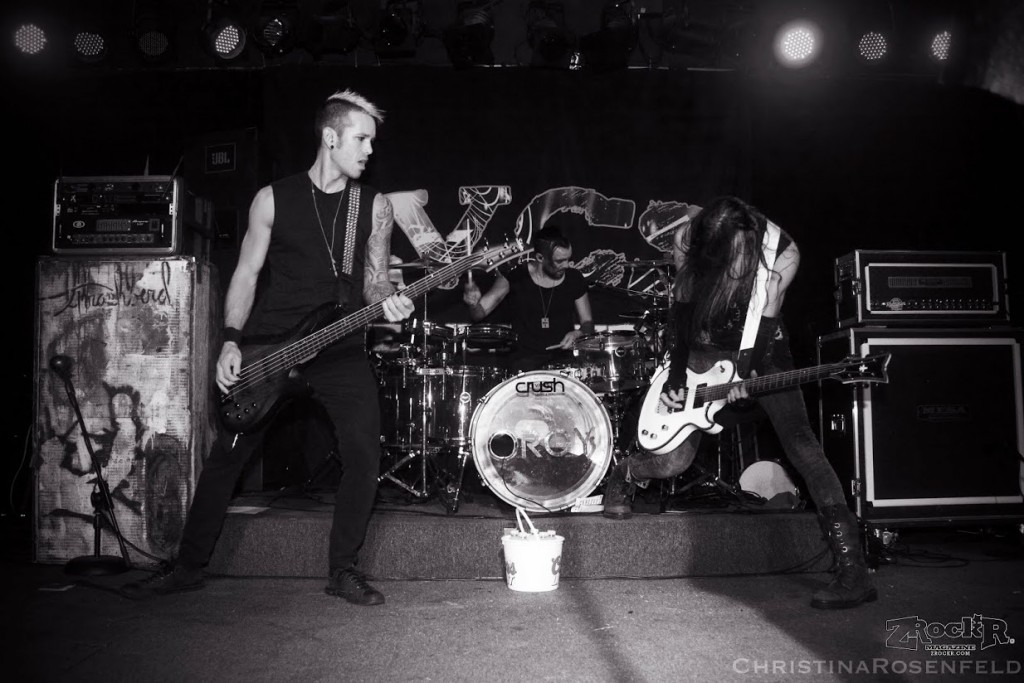 As for the live performance itself, Orgy does have a fun energy, but I can't help but notice that something sort of seems off...? I've seen them 3 times in 2 1/2 years, and this specific show was the least memorable but I don't know if it was the sound, Jay, the band, or what it was, but something was lacking. Maybe it's just me. Doesn't matter, I'll still see them again! Could've just been an off-night in general. What the band may have lacked this night, the audience made up for it by having fun, and that's what the whole purpose is 🙂 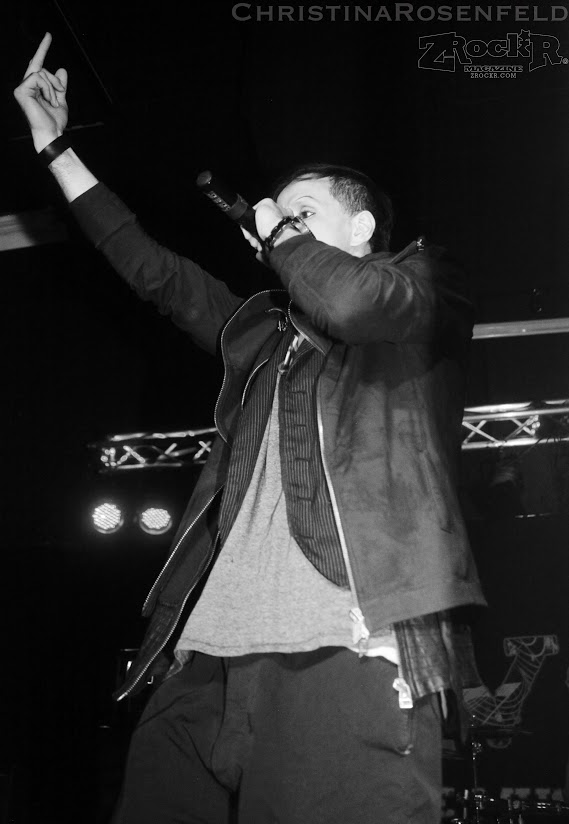 Purple Reign At Westgate Is A Do ...