Home›Reviews›Cannibal Corpse Brings Down The House of Blues

Cannibal Corpse Brings Down The House of Blues 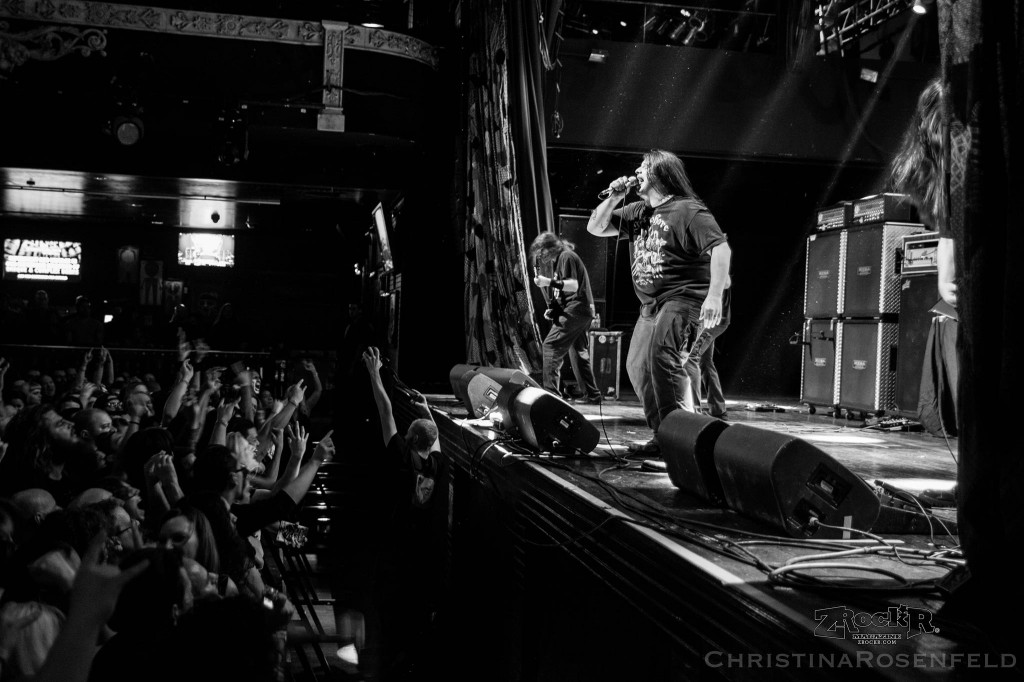 Cannibal Corpse on stage at House of Blues

26 years into their career; they just hit a milestone for any death metal band.

2 million copies of their music sold.

While they've never exactly changed their sound, the newly released and 12th studio album, "A Skeletal Domain", is one of their most different offerings to date. Still technical, sadistic, and brutal as all hell, it has more of a toned down vibe akin to Slayer's "South of Heaven". I also find it to be one of their best albums (not that they have a bad one).

Now then. Have you ever seen Cannibal Corpse live?

I have twice now. To see a packed in House of Blues to see a bunch of dudes sing about 1,000 different ways to annihilate, murder, rape, and commit the most heinous atrocities imaginable is always going to be an interesting treat.

Despite any controversy Cannibal Corpse has ever caused or endured; The truth of the matter is that they are simply entertainment. Much like a horror movie or a serial killer documentary. The lyrics from original frontman Chris Barnes, and George Fisher (aka CORPSEGRINDER!!!!) are really just about reality. People have done these disgusting unbelievable things. It's the nature of man to kill. 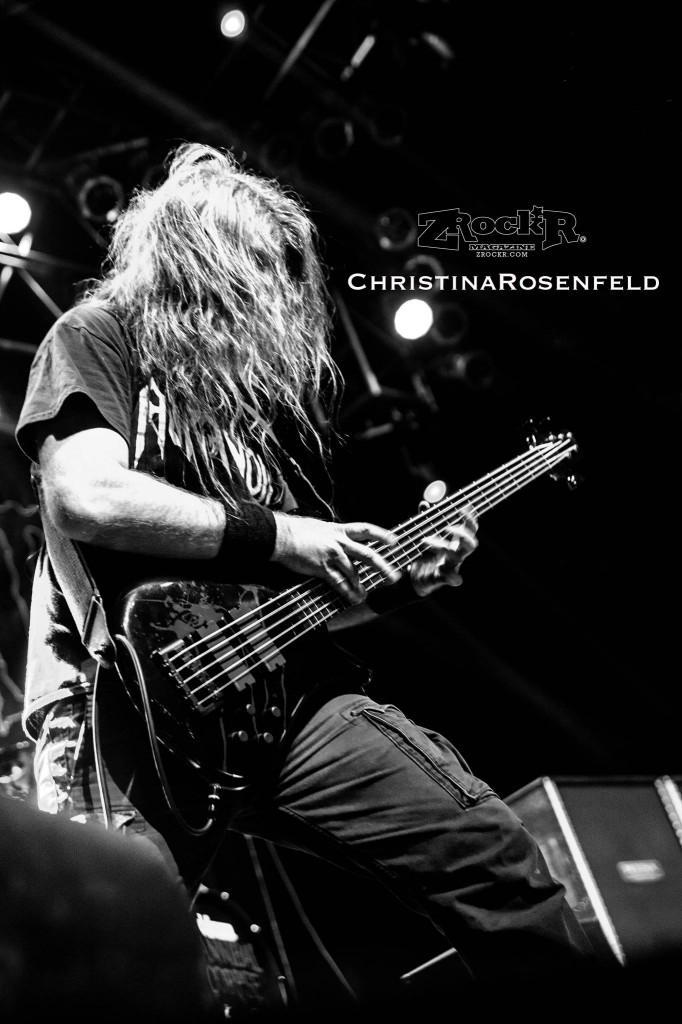 But really it's all about context isn't it? Whether it be for war, pleasure, hatred, or power. That seems to be the difference in how people view the crimes against humanity.

So in relation to the lyrical subject matter there has to be music that fits with it. Instrumentation that's just as extreme as the topics discussed.

On CD it's as brutal as can be, but LIVE? Live it's a whole other level of intensity. The people that come to a Cannibal Corpse show, myself included, clearly aren't your "normal" music fan or person for that matter hahaha. You'll find plenty of band tshirts with logos you can barely read, Slayer, and pentagrams.

This must be where Satan thrives. 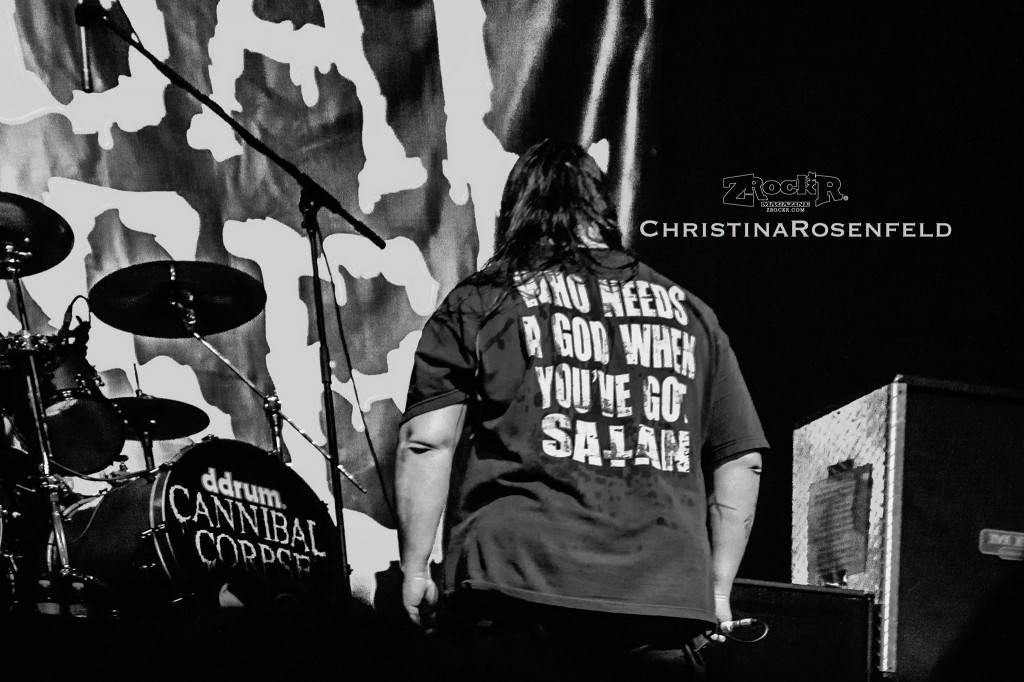 The fan favorites like "Stripped, Raped, and Strangled", "Skull Full of Maggots", "Make Them Suffer", "Addicted to Vaginal Skin", and "Hammer Smashed Face" were included in the set.

And rounding out the set were "Scourge of Iron", "Demented Aggression", "Evisceration Plague", "The Wretched Spawn", "Dormant Bodies Bursting", and the final song of the night... "Devoured by Vermin".

As a fan for 13 years, the fact I've only seen them live twice is surprising. Fact is, they don't play Vegas that often.

If even a casual fan, seeing them live is an experience. That's about all you can say about that. It's a fucking experience.

They're a very tight band and Corpsegrinder's vocals haven't been diluted at all. He sounds the same as he did in 1996. I don't know how. 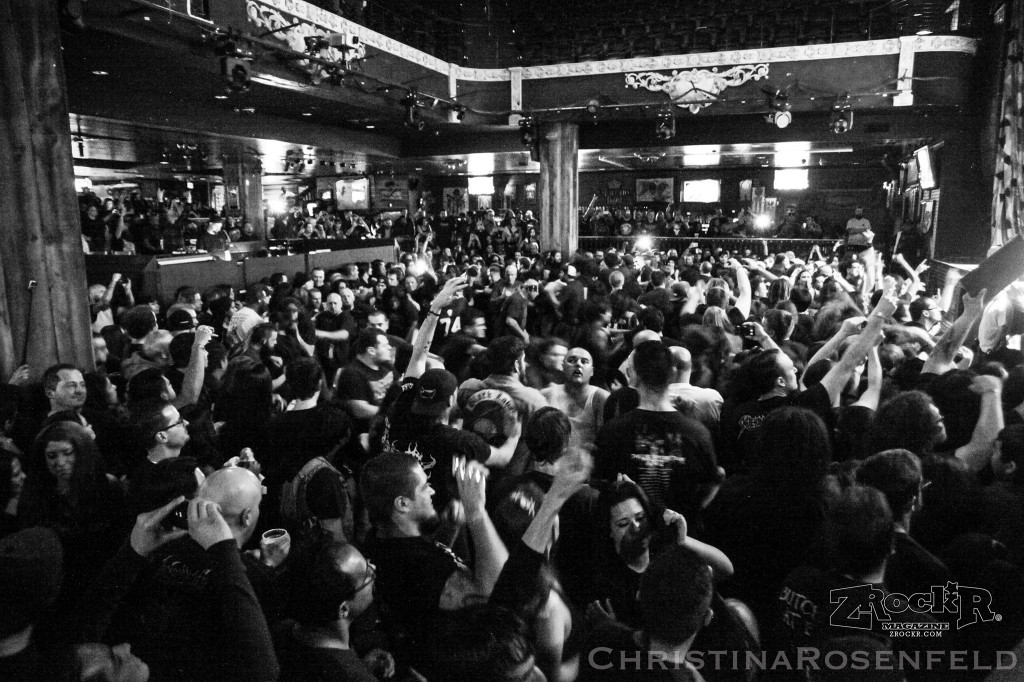 It must be his infamous neck.