The Foreigner is directed by Martin Campbell (Casino Royale) and stars Jackie Chan and Pierce Brosnan. The film is based on The Chinaman by Stephen Leather, and features a musical score from Cliff Martinez.

Ngoc Minh Quan (Chan) is a veteran of the Vietnam War who has settled down in London, running a restaurant. When his daughter is killed in a bombing from a militant group, Quan leaves behind his restaurant, resorting to any means necessary to get to Liam Hennessy (Brosnan), an Irish Deputy Minister with past ties to the organization claiming responsibility for the bombing that killed his daughter. Meanwhile, the bombers begin planning their next moves, which could result in further losses of civilian lives. 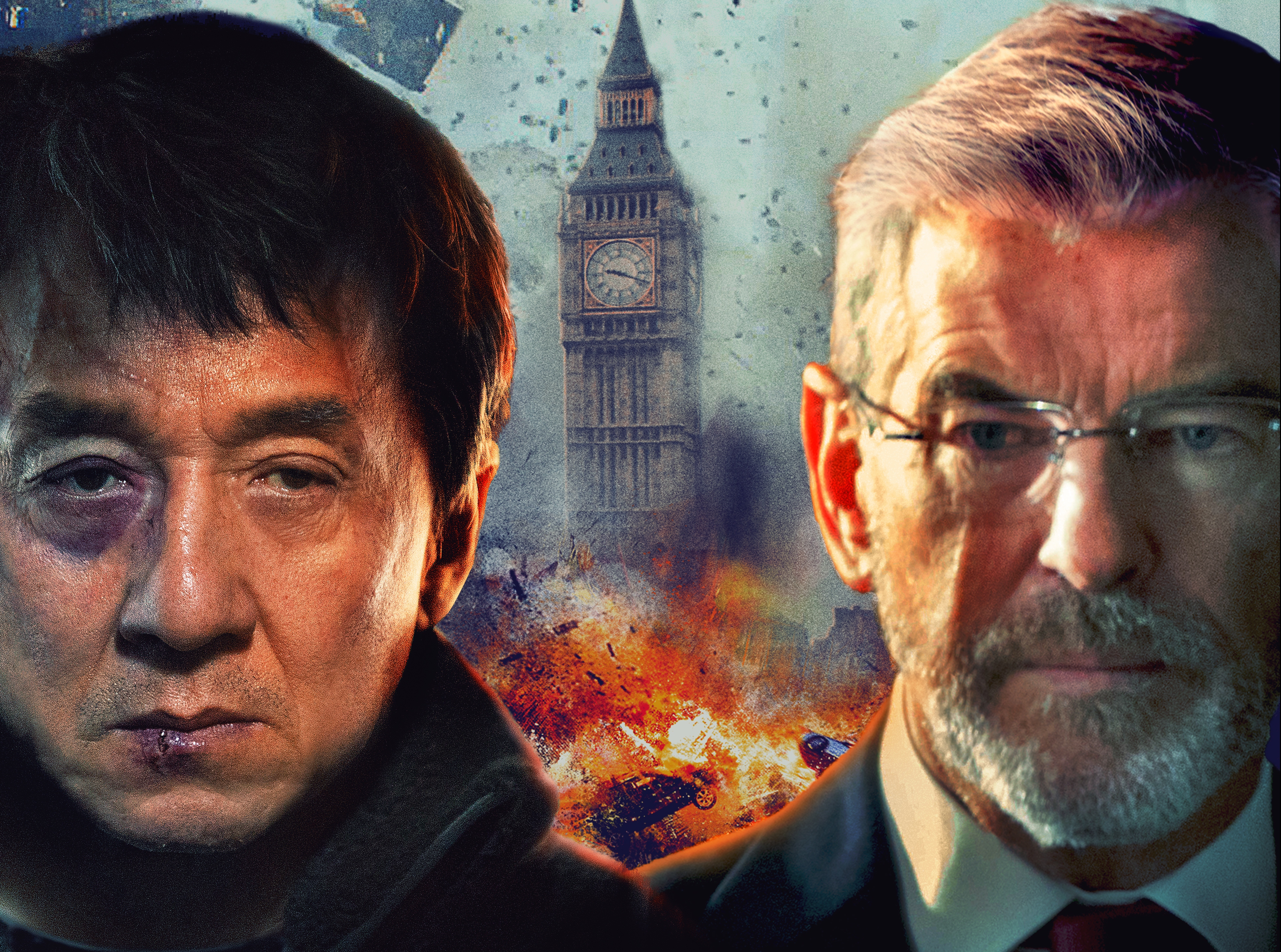 The Foreigner is definitely something of an adjustment for Jackie Chan, whose martial arts films usually tend to be more comedic fare. The film puts Chan in a straight-up dramatic thriller with little ground for comic relief. While this is an interesting change for the legendary action star, it cannot stop the film from being a mess of overdone clichés… and one in which its star disappears for long stretches of the film, which drags on longer than necessary.

I was looking forward to seeing The Foreigner; casting Jackie Chan as a lead in a serious role seemed like an impressive change of pace. Unfortunately, this movie commits one of the cardinal sins no "star vehicle" movie ever should – ditching the star for great lengths of time. Yes, Jackie Chan feels like a supporting character in the movie where he is being billed as the star. Furthermore, very little of the movie lets Chan explore his martial arts prowess. There are some fantastic sequences, but these are far too infrequent. 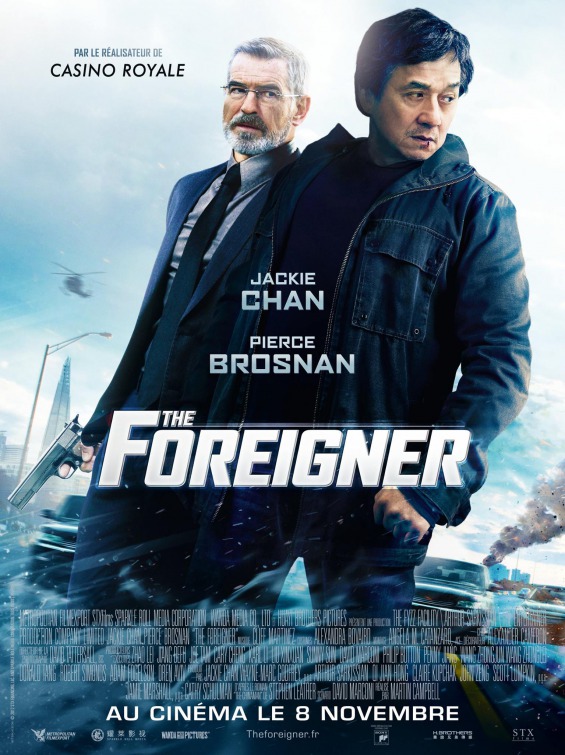 Too much of the movie focuses on the other side of the coin, namely Pierce Brosnan’s character (director Martin Campbell had previously directed Brosnan in the James Bond film GoldenEye). Brosnan is admittedly fine in this part, but we are subjected to generic thriller baddies, and way too many attempts at plot twists and connections on the “evil” side of things. There are too many bad guys and side characters to keep track of, and on top of it all, the movie feels the need to throw in unnecessary side characters and subplots, including an incest subplot, and a sex scene that nobody asked for. The plot twists just make the movie feel all the more jumbled.

Another weakness is that absolutely nothing about the film feels original. In one scene, Chan’s character finds himself on the run from the villains through the woods, where he sets up numerous traps, and has to use a flaming knife to cauterize a wound, while having wartime flashbacks… As much as I love the Rambo movies, do we seriously have plagiarize them step-by-step?

The Foreigner does have some good, gripping moments, and a solid performance from Jackie Chan in a more serious, less comedic environment. Unfortunately, nothing else quite comes together, and the film feels like a generic thriller with too much going on. If you are curious about the film, wait for the home release.

DISCLAIMER: All images in this review are the property of the respective copyright holders, including (but not limited to) Sony, H. Brothers, and STX. For promotional use only. All rights reserved.

Appice - Vinny and Carmine Unite With ...