Home›Reviews›Dokken - Return to the East Live 2016!

In 2016, Dokken made the surprising announcement that their classic lineup would be reuniting for a tour of Japan. It was to be a one-off limited time event, but just the same, was something eagerly awaited by the fans. Would the return of Don Dokken, Jeff Pilson, George Lynch, and “Wild” Mick Brown live up to the hype?

Return to the East Live 2016 brings back the band’s classic lineup for a live release featuring live Dokken classics, plus a newly-recorded song and come acoustic cuts. Let’s take a look at the individual components before getting on with the core “live album.”

I’ve already done a separate review for “It’s Just Another Day,” the new original studio track. Essentially, what I said before here reigns true still; the instrumentation is fantastic, though not unexpectedly, the vocals are not great. I’d love to hear the “classic three” members sans Don Dokken play this with Pilson on vocals (will we ever get another T&N album, which was basically that?) 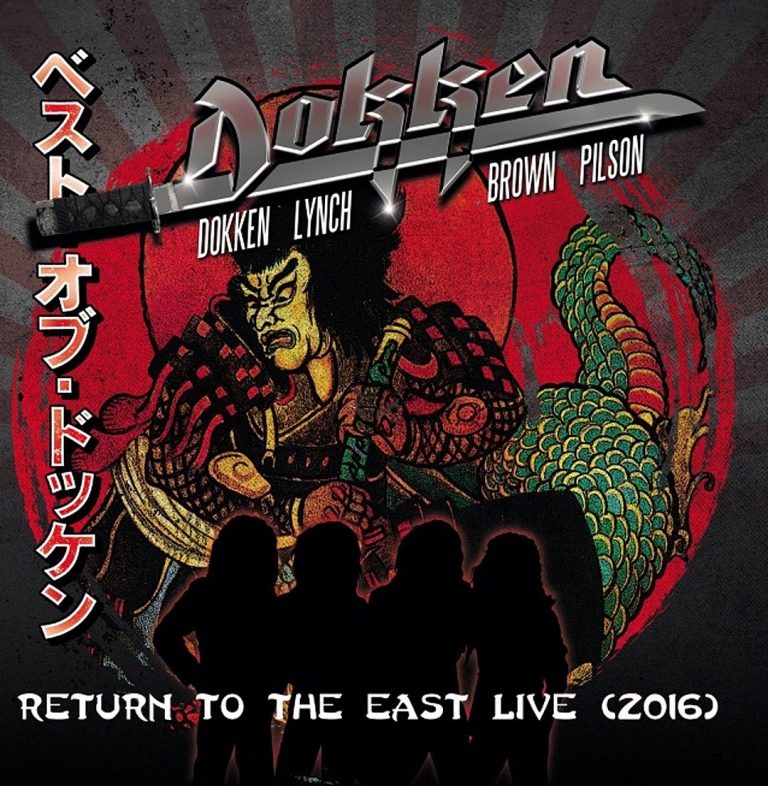 The two acoustic tracks (presumably recorded in a studio) are the highlight of this release, and sound far better than anything else in this package. They’re about the only place on the whole release where Don Dokken is really singing with passion and sounds good (whether this is an authentic “live in the studio” performance or the result of studio tinkering is unknown). Quite honestly, if nothing else, it’s worth getting the CD just to hear these two acoustic renditions. This fan wishes the classic lineup would have given us a whole album in this style, as these two tracks put everything else on here to shame.

So, how do I feel about the core concert featured on Return to the East?

After giving it a few listens, my verdict is a big “meh.” It’s about what I was expecting, for better or worse.

The whole thing sounds flat, and it doesn’t really seem like the chemistry the band once had is there anymore (given the bad blood between Lynch and Dokken, and the fact that the band members have admitted to this tour being a cash-in, it’s hardly surprising). The instrumentation on the release is serviceable and competent, but Don Dokken, despite sounding slightly better vocal-wise than he has in recent years, just sounds bored and uninterested in what he’s singing. Listen to the choruses of “Kiss of Death” and “The Hunter.” The guy sounds like he’d rather be anywhere else, doing anything else. If you’re going to get the band back together, go all-out like it’s your last show ever and you want the audience to remember the experience. Don’t give us a “ho-hum” experience we’re gonna forget about a few minutes later.

The rest of the band fares slightly better, but the whole thing just feels a little mundane. Lynch, Pilson, and Brown are still musically capable, as they’ve proved both live and in the studio over the years. These guys all get in their share of great moments, but Beast From the East this ain’t. I will give the band credit for including a personal lost favorite, though, in the form of “When Heaven Comes Down.”

Return to the East is a competently-made live album, though the new studio cut and the two acoustic songs put the actual live album portion of this release to shame. This isn’t a bad album, it’s just a forgettable one that feels like it wasn’t made with a lot of passion. If you want the best live Dokken experience, buy Rock Candy’s reissue of Beast from the East, and just stream the new studio/acoustic cuts on here.

For die-hard fans and completists only.