American Animals – It’s Another Heist Movie… Is It Worth Your Time?

Despite their differences in personality, Spencer and Warren have been friends for years. When the two begin college, they are awe-struck by the rare, valuable books in the college library, which are under heavy guard. Enlisting the help of two others, the group begins plotting a scheme to steal the books, and sell them on the black market for a substantial profit. Will their  scheme bring them the riches they dream of, or will inexperience and rookie mistakes result in the failure of their heist?

Heist movies are nothing new. Hell, if anything, there’s more of them being made these days than ever. It’s tough to make one that stands out from the crowd. While American Animals isn’t quite a cinematic masterpiece, the film’s approach and likable cast/characters beautifully combine gritty elements with the more comedic. There’s definitely enough here to merit a recommendation. 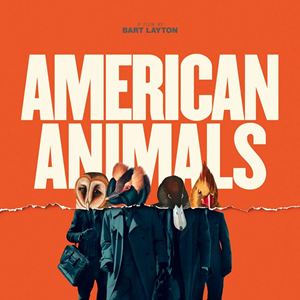 The cast is easily the best thing about this film. Barry Keoghan and Evan Peters (Quicksilver from the X-Men films) steal every scene they’re in; the two have a great chemistry not just any actors could’ve pulled off. The more cautious and careful Spencer and the more bold and reckless Warren are beautiful foils for one another. You truly “buy” these two as actual college students turned con men. An equally impressive supporting cast, including the co-conspirators in the scheme, all handle their respective roles nicely.

The tone of the movie works in its favor as well. This is a serious scheme with realistic consequences, yet the movie isn’t above more lighthearted moments as well. Everything flows together surprisingly well. The fates of our heroes at the end of the film feel suited, and the commentary is surprisingly deep and three-dimensional for a film such as this (though I won’t spoil anything here). A handful of plot twists will even have you rethinking what you’ve just seen, and the film does it without seeming forced or inappropriate.

Okay, it’s admittedly not a perfect film. At nearly two hours, it’s too long. There are also subplots/relationships/etc. on the side that never really get the proper emphasis, and ultimately come off feeling like afterthoughts. Fortunately, flaws like this are minor and don’t detract too much from enjoyment of the movie.

Yes, it’s hard to make a compelling, unique heist movie anymore. But American Animals holds up surprisingly well thanks to its cast and strong tone. Nothing here feels forced. With good performances and writing, it’s a solid film worth adding to your “to see” list.

DISCLAIMER: Images in this review are the property of their respective owners, including Film4 Productions, RAW, The Orchard, and MoviePass Ventures. For promotional use only. All rights reserved.