On Thursday, June 14, 2018, Lizzy Borden held an album release party at the Hard Rock Cafe on the Las Vegas Strip to celebrate the release of the new album, My Midnight Things.

Lizzy Borden has always been a criminally underrated hard rock band. The group’s lineup has always included their eponymous lead vocalist, as well as his brother Joey Scott on drums. My Midnight Things marks the first release from the group since the 2007 Appointment With Death album. For the new record, Borden himself does the majority of the instrumentation and vocals, with Scott handling the drums. The album also features a keyboard player, Marliese Quance Mildenberger. 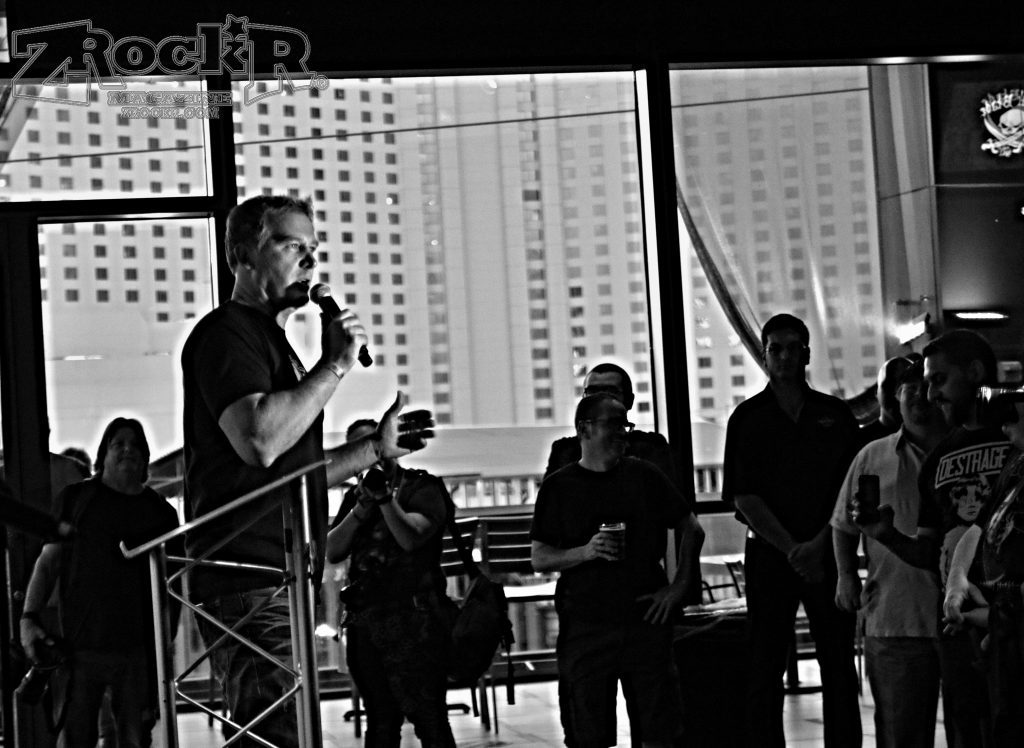 The event took place on the third floor of the Hard Rock, complete with balcony views of the Las Vegas Strip. The third floor is typically the one reserved for concerts and special events such as this, although the actual floor/stage area was curtained off for the evening, as this was strictly a release party and not a performance from the band. Lizzy Borden and Joey Scott were in attendance, along with Metal Blade Records’ Brian Slagel, former Lizzy Borden/current Black Label Society guitarist Dario Lorina, and former That Metal Show co-host/comedian Jim Florentine. 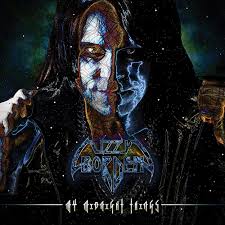 Through the course of the evening, many headbangers from Vegas and elsewhere alike flocked to the event. There was a surprisingly strong number of people for a Thursday night, especially considering how many in the valley (myself included) have to get up early for work come Friday morning. Vendors were selling signed copies of the new album (on both vinyl and CD) as well as t-shirts and copies of Brian Slagel’s new book on Metal Blade Records. The new album was playing over the speaker throughout the evening, and Borden himself even took time to do a Q&A session with the crowd. There were also raffles for assorted prizes. 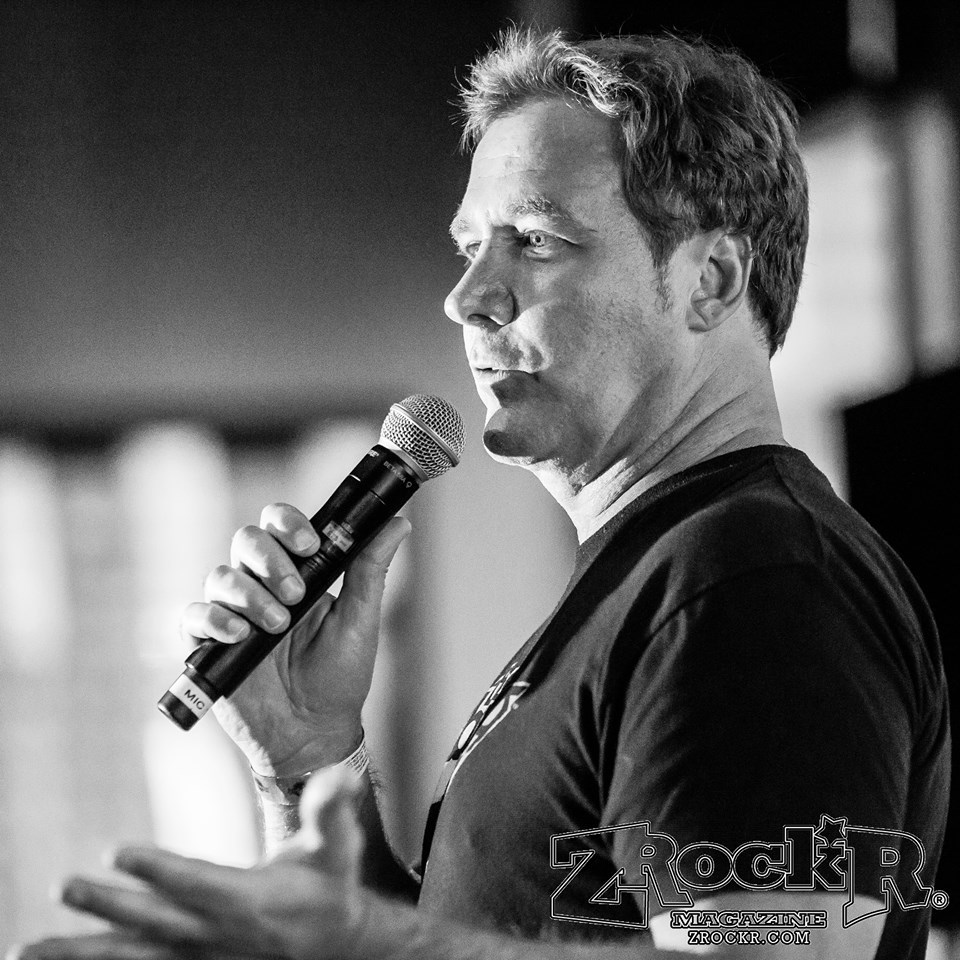 The one minor complaint throughout the evening is the most obvious one; it was a release party only with no actual live performance from the musicians. Given the Hard Rock has a quality stage and setup, this was a bit of a disappointment, though certainly not a total loss for the fans who were able to get the new album early and meet and greet with Borden and Scott, as well as Slagel and Florentine. It was still a fantastic way to introduce fans to the first new Lizzy Borden record in a decade. We even got another surprising announcement, revealing that Lizzy Boren is now a Las Vegas resident; the latest in a long line of musicians from the 80s scene who now call the Vegas Valley home!

So, with that in mind, how does the first new Lizzy Borden album in over 10 years measure up?

The album features top-notch production and full, powerful sound, though it does leave a lot to be desired despite this. 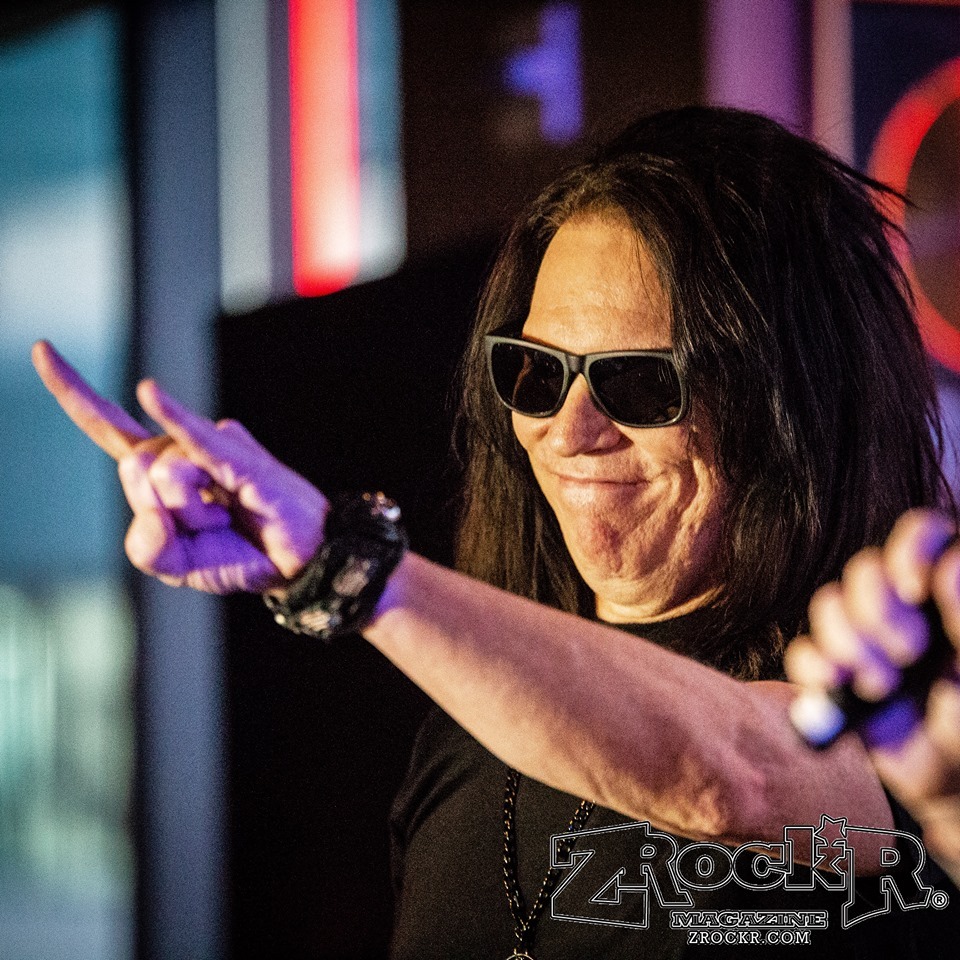 Let me start by saying Lizzy Borden’s vocals are as strong as they’ve ever been. He’s that rare vocalist who sounds as good today as he did in his 80s heyday. His performance on every song is commendable as is his brother Joey Scott on drums. Keyboardist Marliese Quance Mildenberger, who I was not familiar with prior to this release, should be given proper credit for some solid contributions as well.

The problem here is not in the ability of the players or the production, both of which are top notch, but rather the style of music on the record. The group opts for more of a modern arena rock sound on here, which ranges from heavier tunes in the style of modern-rock/industrial radio fare to more poppy numbers reminiscent of bands like The Killers. I don’t expect a release from Lizzy Borden three decades after the band’s heyday and appearance in The Decline of Western Civilization Part II: The Metal Years to sound exactly like the old stuff, but this album simply doesn’t sound or feel like Lizzy Borden. Personally, I would argue that this is more of a solo album from Lizzy Borden the man rather than an album from Lizzy Borden the band.

This was a fantastic event to introduce audiences to Lizzy Borden’s new album, even if it was lacking a live performance. And while the new album is certainly a bit of a misstep for the group, this fan is optimistic we won’t have to wait another decade for the next album, which will hopefully be a return to form for these rockers. Still, the production quality and instrumentation make it worth checking out for the most loyal of Lizzy Borden fans. 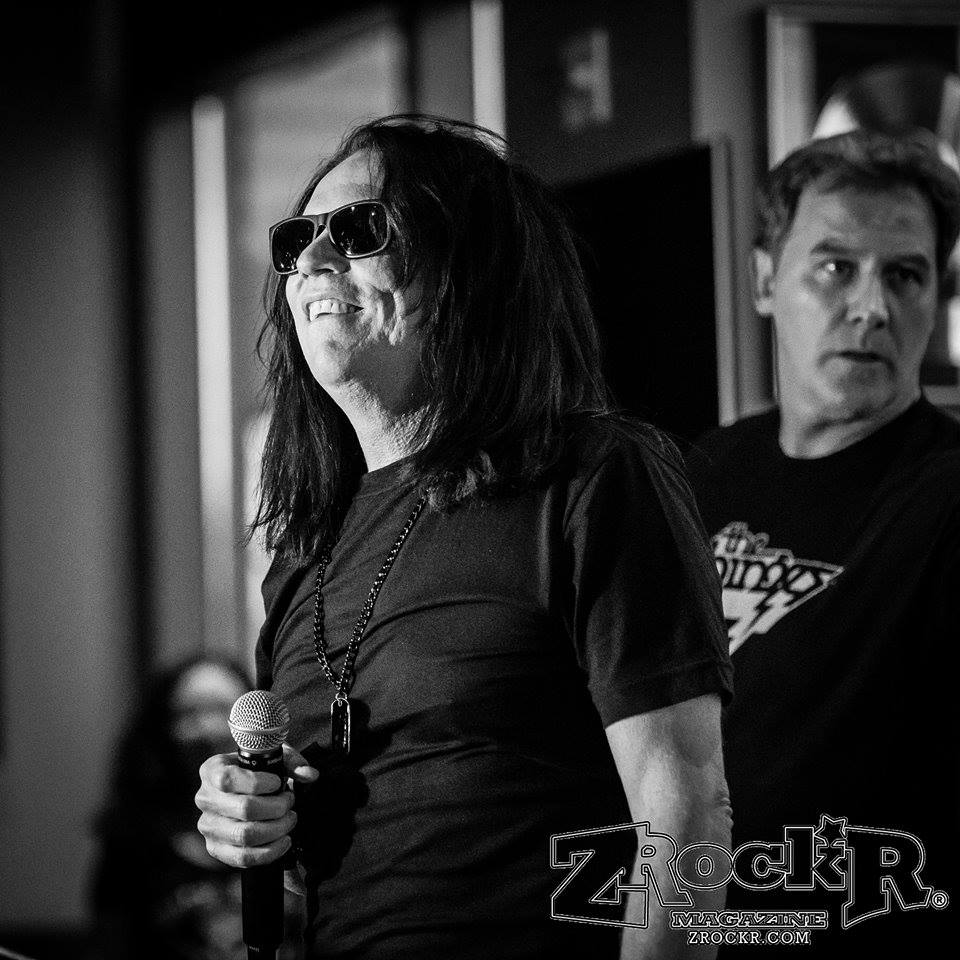